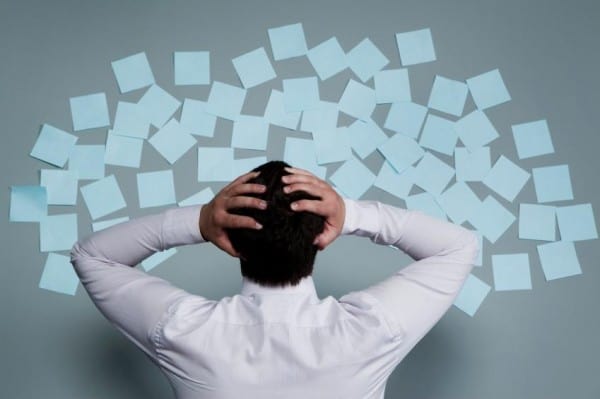 In my 24 years helping Toronto companies with their trade show displays, I’ve all too often seen exhibitors with good intentions, unfortunately, make the same mistakes, again and again. Even if they perform well on most facets of their trade show program, many times they fall down on one key part that drags down their entire performance. So let’s help you avoid that.

Here are the most common mistakes they make, for each of the 8 key parts of a successful trade show program:

Not setting objectives at all. Odd as it sounds, the biggest mistake exhibitors make about setting objectives is going to trade shows without having any! Too often they don’t have a well-thought-out goal for exhibiting because “we’ve always gone there.” Without objectives, there is nothing to aim for and no guiding rod to decide what their strategy or tactics should be. Worst of all, they have no way to know if they have succeeded.

Not budgeting enough. It can be a big mistake to have a small budget. That’s because trade shows are notorious for unexpected costs and surprisingly high late fees when deadlines are missed. Also, some exhibitors don’t budget enough to truly represent their brand appropriately at trade shows, or they neglect to invest in areas like promotions, booth staff training, mural exhibit graphics, and measurement, that could significantly increase their sales and thus ROI, even if initial costs are higher.

Never changing their show schedule. Many exhibitors put their trade show schedule on auto-pilot, exhibiting at the same shows year after year. That’s a missed opportunity to really drive more profits and business success through measurement and experimentation. Shows that deliver a higher return on investment (ROI) get more space, those that don’t get less space and eventually get cut. All the while, new shows are vetted and tested, especially those in industries and vertical markets that the exhibitor has greater success in or new products that are a strong fit.

Lack of customer focus. Too often exhibitors ask their exhibits to do too much, loading it up with more text and products than a trade show attendee can digest in a glance. Designing for the customer means focusing messages and images to those that will appeal to the attendee’s needs, and then designing those focused messages into visuals that are bold, clear, and compelling enough to capture their attention.

Not using promotions to generate qualified leads. Have you ever seen an exhibitor offer an iPad giveaway and end up with a full booth? Unfortunately, they almost certainly were people who didn’t fit their target market profile and were instead just people who wanted a free iPad. To get qualified booth visitors, offer giveaways and promotions that will appeal only to your buyers. Also, I’ve seen attendees handed a promotion and almost get shooed out of the booth, rather than the booth staffer use the promotion as a starting point for a meaningful conversation that turns into a qualified lead. You won’t do that now, will you?

Selecting unwilling staffers. When exhibitors bring employees to staff the booth who would rather not be there, those reluctant staffers reveal their displeasure through inactivity, poor posture, and complaints. Their bad attitude drags down the rest of the otherwise-willing staff. Instead, bring willing booth staffers, who will generate more leads and create a much more positive experience for attendees and thus bolster your brand.

No lead follow up. Because exhibitors return from the show both exhausted and behind on the work that piled up while they were away, sometimes the leads (the valuable leads they went to the show to get in the first place!) don’t get follow-up letters or get assigned to salespeople until the leads are stone cold. Or, the sales people get leads without any qualifying information, so they half-heartedly make a few calls and then give up. You can do better than that. Have your lead fulfillment planned before the show even starts, so you will be much more likely to make it happen. And qualify your leads at the show (hot, warm, future) with lots of comments on the better leads, so your salespeople will be more likely to keep calling.

Measuring the wrong thing. Almost every exhibitor comes back with lead counts from the show, which can be a good metric for that same show year to year. However, lead counts, and many other metrics (awareness, meetings, sales) don’t capture the metric that rules finance: ROI. When you calculate ROI for each show (ROI = ratio of the show’s sales divided by the show’s costs) you may find the show that gave you the most leads has a low closing rate and thus ROI, or that the average sale at one show is so much higher that even with fewer sales it has the best ROI. And with ROI, you can compare your trade show program to other company marketing investments more accurately.

How are you doing on these 8 important trade show areas? If you are making only one of these mistakes, consider yourself among the elite, because these mistakes are fairly common. If you are making more than one, don’t worry, just pick the one you need to improve the most and fix that first. Then move on to the next one. And when you don’t make any of these common mistakes, you will be better than your competition, who likely still will.