Queensland’s Most Celebrated Event, The EKKA, Comes Around Again 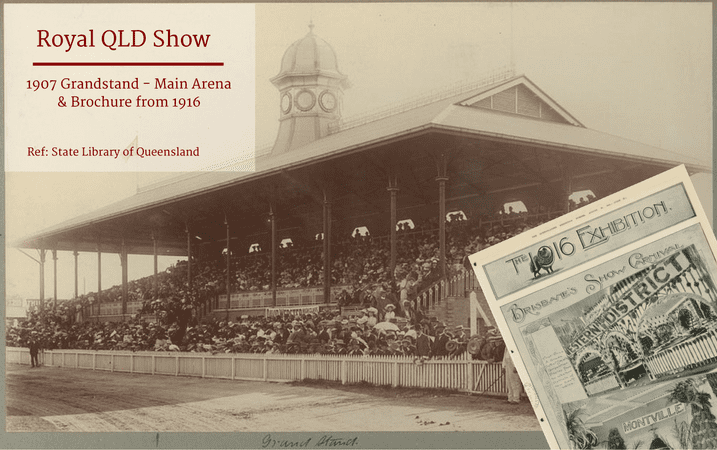 Image  and Source: The EKKA Grandstand at the Main Arena in 1907 and the 1916 Exhibition Brochure
John Oxley Library, State Library of Queensland

The Royal Queensland Show, or the EKKA as it is fondly known, holds a special place in Queensland’s cultural heritage and in the hearts of all Queenslanders.

The EKKA began in 1876, attracting 17,000 visitors to the grounds and is now Queensland’s most celebrated event with an average attendance of 400,000 visitors annually. 2016 marks the 139th show and brings with it a variety of talent, culture, produce, fun and entertainment.

This year’s Royal Queensland Show runs from August 5th to 14th, so head along and celebrate one of Queensland’s longest standing traditions.